Just announced, the next Star Trek movie will feature a return of The Borg in a blockbuster titled Random Chance, its premise constructed around a Federation/Borg conflict about intergalactic language change over time, this itself based on a genuine terrestrial debate regarding the development of the English language as exemplified in the following observation by Joshua Plotkin, from the University of Pennsylvania, co-author of research titled Detecting evolutionary forces in language change,

‘Specifically, “woke” is increasingly preferred over “waked” and “lit” more popular than “lighted”, while “weaved” and “snuck” are on track to eventually overtake “wove” and “sneaked”, respectively.

The study also revealed that a flower today is more likely to be “smelled” rather than “smelt” and that the neighbour’s cat probably “dove” behind the sofa – although, as Plotkin notes, British felines remain more likely to have dived.’

The film’s tag-line has been confirmed as Resistance to changes in grammar is futile, but early reports that there will be a return of Patrick Stewart as Jean-Luc Picard and a controversial new but emblematic Captain’s command So make it has so far been denied.

Further details can be found here. 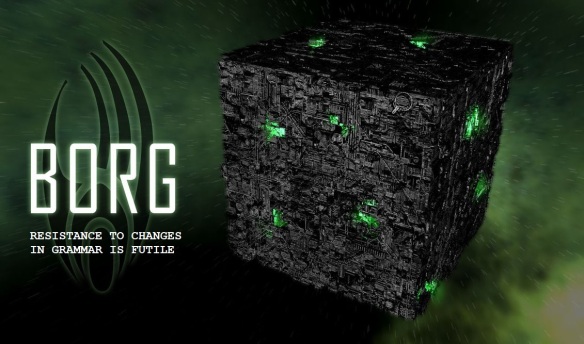