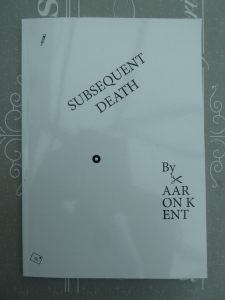 Death is in reflective but also creative mood in this text, recounting the taking of eight separate people to the ‘afterlife’, though as a euphemism it should be the afterdeath in the context of these candid and often self-righteously angry descriptions, as with the first about a Father.

Death deals in cynicism too [!], as with the Priest’s taking where being devout and devoted to themselves are playfully compared. I like the dismissive scepticism in logic as well [not formatted as in the text]:

But the Priest: He spent his whole life in support of death, so why won’t he stop squirming?

The Captain, the Mother, the Brother, the Artist, the Soldier, and the Doctor, the antithesis of me, also all get their comeuppances, figurative and literal.

It is interesting, as a quick observation on the kind of messages Death delivers, that with the Artist there is a hint of the philosopher in Death’s mediation/meditation on this taking:

Death can be lyrical,

There are lenses for every death.

Some cast rose light
and give the deceased the glow they never could have held
when sleeping with a beating heart.

Death can be prosaic,

I know this isn’t about me, but I’m a player at the table. Well, more like the ace of spades in a game of poker, or the dealer in a game of blackjack.

There really is so much more to read in the nuances and caustic declaratives across these eight decompositions.

Another element I commend to readers is the playfulness of the poems’ formatting. This is a text rich in exploring the impact/effect/highlighting/obfuscation of presentation, and at this highly engaging in-its-own-right aspect, the book is a thrill.

There is reading across pages, whole page text, text split by red lines, repetitions/echoes/continuations/compilations, text in and outside of grids, and sdrawkcab text.

Another excellent production from zimZalla – get it here. 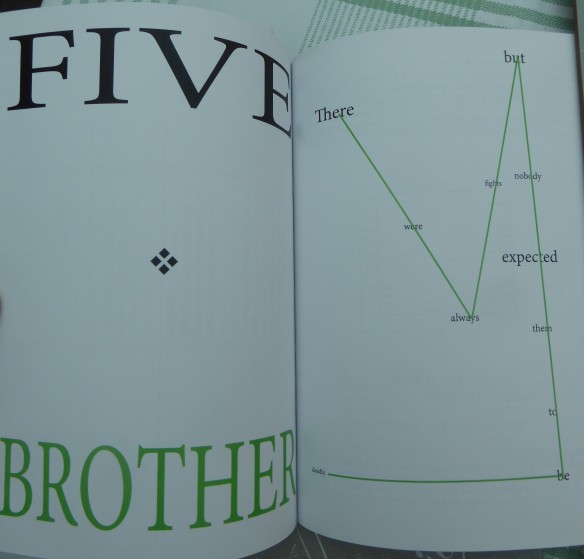