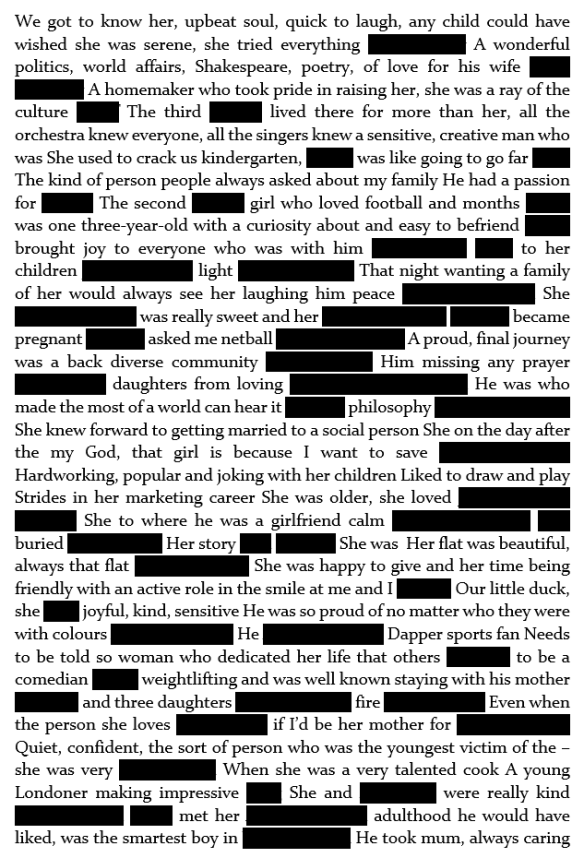 I wrote this in response to and found in yesterday’s The Guardian article The 71 lives of Grenfell Tower, finishing it late last night, moved by the full naming of those who died in the tragedy of that fire and the mixed emotions of the personal accounts of the 71 individuals. The article and those voices speak poignantly for themselves.

As a secondary but important observation, I think The Guardian deserves recognition for its consistently passionate and probing reporting on realities like the Grenfell Tower tragedy, and all that lies behind such, not that reporting can ever fully represent the human experience.

Not as a comparison by any means, but in their coverage of the Windrush situation and that injustice and human suffering, well in advance of it making the wider headlines, The Guardian reflects the importance and impact of what others like to denigrate as the ‘liberal sensibilities’ of some of the media.