This is a superb album, driven by a big band sound a la Blood Sweat and Tears [Genya Ravan had expressed her desire to front this kind of sound – oh I want a horn band – so the achievement of it is an apt quality] and made distinct by her supreme vocal.

Ravan has writing credits on two of the songs – increasing this input with later albums – and keyboardist Michael Zager, with others in the band, are responsible for most of the rest. In many ways it is formulaic of that BS&T/Chicago sound, but this is to its credit. The playing throughout is tight and at times titanic. Stand-outs for me are Come Live With Me, a light ballad with acoustic guitar, harmonica, soft background saxophone, and the sensual invitation of Ravan’s vocal Come live with me, I want you so bad baby that struts along the melodic line; the other is the totally stunning Stay With Me [Ragavoy-Weiss], a pleading blues lament that Ravan screams out in the most sublime vocal pain and yearning.

How Long Before I’m Gone is one of those more titanic numbers and showcases the band’s rousing credentials. Ravan again belts out the core attraction, but there is a fine soprano sax solo by David Leibman, and the horn section keeps it lively as the song works through its differing paces, including a Latin groove with swift solos by Steve Satten on trumpet, Dennis Parisi on trombone, and Leibman again on tenor sax. When the song returns to its opening, pounding melody you realise what a great ride it has been. The album finishes on a beautiful, lushly orchestrated number with heavy jazz elements, Interlude: A View of Soft, where Ravan hums/scats rather than sings, and it is gorgeous, especially as she duets with the echoing saxophone solo. It is the personification of peacefulness.

There are, of course, other vocal gems from Ravan throughout this album, and whilst she did go on to have a solo career I don’t believe she has the wider recognition as one of the greatest female vocalists that she should. 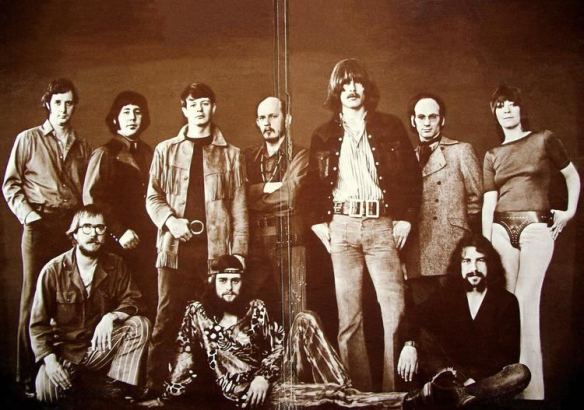