[Not necessarily a ‘top’ ten, but not necessarily not. There is no such thing anyway when there is so much. But these choices/recommendations have words, so that’s something to go on. Posted between now and the end of the month, so that will be two on the 31st, and those two are actually my top two] 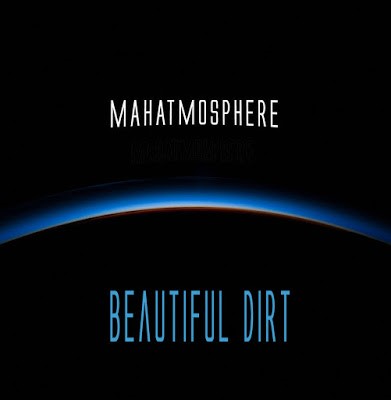 In this year’s GCSE English Literature examination, one of the unseen poems was The Richest Poor Man in the Valley, and students engaged wonderfully with its anti-materialism stance and ideological message about finding contentment in the simple things of life. They also grappled well – because they have been taught to – with the oxymoron of the title, a reference to subject terminology that will score marks. Of course, those who extrapolated [and many, many did] will have moved on explicitly or intuitively to express understanding of the inherent juxtaposition and contrast of material wealth with soulful wealth. It can be quite heart-warming, especially at a time of Tory continuance where the only inherent message of note is the celebration of the self and selfishness. Where Harry in the poem is ‘fat with sun’, these newly elected, some more than others, are fat with duplicity, denial and dreadfulness. And as many students would tell you, that is alliteration.

Not an idle observation, but one exploited to make a political point. Of apt substance, the poem’s oxymoronic title links to Mahatmosphere’s album title Beautiful Dirt, though this is perhaps more paradox. But that is for students working at higher levels to argue – and again, many, many can and do.

The album opens with Watching the Skies (Over Syria) and begins with looping electronic landscapes that merge into open plains of scorching guitar, punchy bass riding the loops, and percussive rhythms that keep the fusion focused and dynamic. I’m no expert on distinguishing all instruments from the ‘FX, Vocoder & Soundscape’ but it is an amalgam that pulses strongly.

The following title track Beautiful Dirt is very much the performance of its paradox: a layer of ambient sound in the stratosphere is constantly punctuated by bursts of sound/noise, much the excellent percussion from Marco Anderson. Al Swainger bowls in and out with bass throws, and Mark Lawrence cuts tears with jagged guitar slices. Yes, there is beauty from the scuffs into the earth of this soundscape. Much like next Stealth Blade that has a similar mix, the guitar here more in waves of sound, and the drums a distant, echoed interruption, the bass in bubbles of bursting through. Always the ambient layer like an embroidered cloth draped above.

Fourth No Me He De Regressar is more overall an ambient ascension of the soundscaping, and this is quite sweet. Here as elsewhere, I hear Terry Riley, not in looping, but in the prettiness of melody. We find things as they come to us, and hearing is one of these wonderful accidents. The eventual long guitar lines are also beautifully resonant in their organic additions. Fifth Mahatmafunk Intercession is bass-funk deep, and a return to the fusion elements of the album. Final Heavy is. With expression. 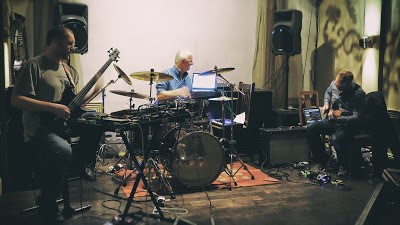