I’m too weary of, and realistic about, venting on Trump/Iran and BJ/indolence as it would be an inevitable waste of time so am turning my attention back to the Grammar ‘advice’ [see preceding post] that continues to intrude within my Twitter feed – consequence of an algorithm that identifies someone who has previously commented on use of language?

I’ll state now I am not opposed to being concerned about general grammar awareness [not as rules], and, for example, the properly supportive/encouraging exemplification of how word choice and variety, including the value of a wide vocabulary, is useful for anyone’s writing.

But this next one pissed me off: 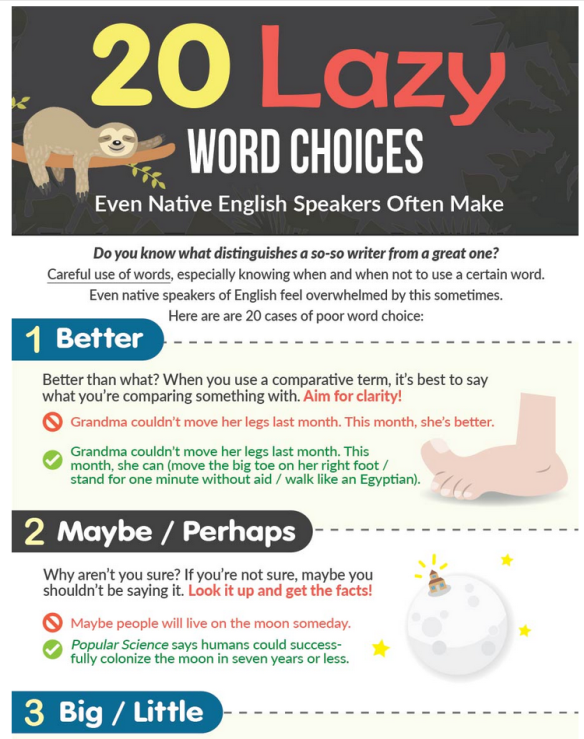 What irritates is the line ‘Even native speakers of English…’ which is, above and beyond the arrogance, clearly taking as read that English-as-second-language writers get things ‘wrong’ most often in terms of being ‘precise/accurate’! How dare they?! Learn another language and fail to employ its nuances perfectly!

It is also the ‘so-so’ vs ‘great’ writer dichotomy that annoys as well when thinking of my previous posting about finding alternative words to ‘sleep’ [being clear, I don’t object to the notion] WITHOUT also acknowledging/demonstrating the effectiveness of simplicity or use of repetition.

Then there is this next one: 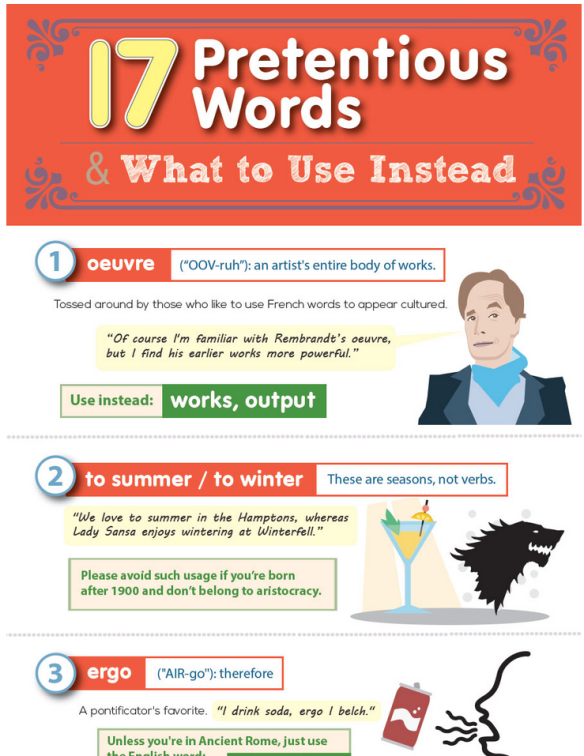 Oddly, in calling such words ‘pretentious’ it is picking up on the fad-usage of certain language words/terms, and also ironically arguing for a celebration of the simple, which I would endorse. And it’s not just because I recall using ‘oeuvre’ a few times that I object – and ‘ergo’ is pretty crappo – but probably because it is easier than trying to deconstruct what is wrong with our world ‘leaders’ [assholes / fuckwits / numbnuts / twats / bollockbrains…] today.