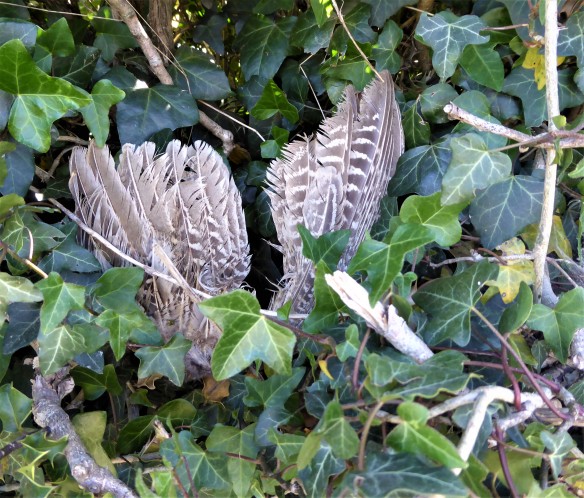 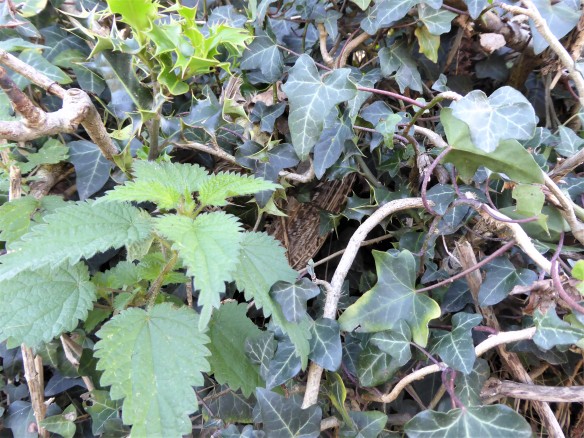 The first picture was taken at the end of May when I placed that slice of feathers in the hedge, hoping to fool anyone who passed into thinking it might have arrived their by natural means. The second picture was taken earlier this month, and in the unlikely event anyone has spotted by chance in passing – at either time – it would be interesting to know their surmises, but especially the surprise and sense of genuine discovery for the second. Perhaps the winter will expose more of that encore shot, back to its original deception.