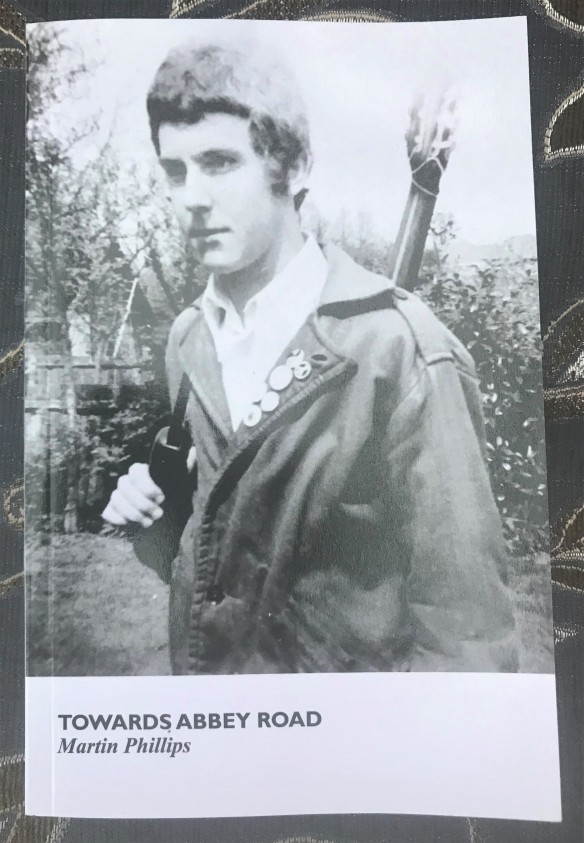 Declaration of interest: (i) I like the Beatles; (ii) I like and know Martin Phillips, having worked with him for many years including co-authoring a book, and appreciating how informed and engaging he can be as a writer, I had the highest expectations of this latest: with ‘Towards Abbey Road’, these have been totally fulfilled.

This is an autobiography – of sorts. That isn’t a caveat: it is of course at the book’s core autobiographical, the chronological release of Beatles albums mapping out the experiences and revelations in the life of a boy growing into a young man. But these observations are constantly informed by broader references to the UK and globally at this time, and all is further reflected through contemporary social, cultural, political and musical realities/events and how these mesh. In doing so there is an obvious appeal to readers who grew up in the same era where shared thoughts and feelings will therefore resonate.

It is through that breadth of illustration and illumination that the contents can and will engage beyond those having lived through it. I think the historical touchstones scattered throughout – quoted within the text and also elaborated a little in a useful appendix – give the anecdotes a footing in the universal. It is an anchoring that pushes the memories past any sense of self-indulgence, not that there is any ‘academic’ attempt to stabilise their individual reveries. I am in danger of complicating what is in essence the conversational integrity of this writing, but I do want to make claim to the book’s appeal as a remembrance that is wise as well as often humorous and consistently honest.

There is also a lyricism at times when Martin reflects on those more recent events and situations in his life which link back to their roots in the newest of their discoveries then, like making lifelong friends at school. When writing poignantly about attending the funeral of one of his closest, he reminds us how the past and the present are intertwined, and the ability to recall and frame this in both anecdote and affecting prose is of lasting value for both him and those who share in reading this book.