If you go to this link, there is a free downloadable Writing Workshop unit Pitching in along with a video explaining the ethos of the whole book, as well as a clip of a this free unit being taught

1. Less is more: government initiatives should be limited to one side of A4
2. Targets are for archers, not teachers: adorn your classroom with who you are
3. League tables struggle to measure the sensitive inside leg
4. You can lead a horse to a test but that won’t make it think for itself
5. Teaching is like riding a bike: when you fall off it hurts
6. Ofsted is awful: sound and symmetry and sense
7. If they’re laughing they’re learning
8. Don’t wear a tie just to look like a teacher
9. A full house beats a flush and metaphor beats the literal, hands down
10. Praise everything said that is serious and genuine
11. The best objective is that which discovers itself by accident
12. Only one of the Gospels reports seeing a four-part lesson plan
13. The ‘wrong’ answer often reveals how learning works wonderfully
14. If a sonnet has 14 lines, is this a poem? Discuss, but there is no answer

I had the great pleasure of being involved in a few of the interviews that make up a huge digital resource underpinning the whole English ‘package’ being offered by Cambridge University Press [see previous posting]. This ranges across interviews with authors, performers, and academics (for A-level) to dramatic presentations of play excerpts, with exploration, and poems.

One of those interviews was with Lemn Sissay, MBE, the brilliant poet, performer, writer, broadcaster, and social commentator. Lemn made a writer’s visit to my school many years ago and I have always regarded him as someone who lives to write and be creative as well as enthusing others to do so. Lemn contributed excellent poems to my previous book Poems in Your Pocket by Longman, and he makes a number of short commentaries for the Writing Workshops units where I believe his honesty and enthusiasm, as brief as digital clips need to be, will provide genuine stimulus, as well as grounding in real experience,  for students. 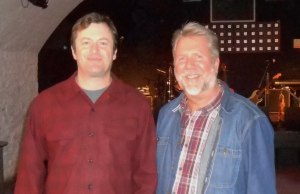 Another was with the American author and musician Willy Vlautin whose debut novel The Motel Life was recently made into a film, and whose band The Delines produced, for me, the album of 2014: Colfax, his spoken narratives getting further expression through music.

There is a Writing Workshop about dialogue – Pete Can’t Speak. But You Can – which uses an extract from Vlautin’s award-winning and third novel Lean on Pete. As a huge fan of American writers John Steinbeck and Raymond Carver, the tradition of presenting the simplicity and yet potency of realistic dialogue is continued in his own work, with Lean on Pete providing memorable examples. Willy’s interview about this and other aspects of his life and writing is brilliant and I thank him for his honest enthusiasm in giving it.

My WW writing partner Martin Phillips has been at the forefront of producing all of the digital material used across the entire ‘package’ I have been referring to and it is a treasure trove of insight, examination, exploration and engagement covering all aspects of the study of English at both GCSE and A level.