On this album, Jim Morrison was not just the mysterious Lizard King – he was also the Crooner King. I don’t know if this is their ‘best’ album – perhaps that is LA Woman – but this is the first The Doors album that I bought and was in fact my major introduction to their music, having heard, naturally, Light My Fire and radio plays of other songs, but not a whole album’s set of tracks. It was an influential introduction.

The album opens with two crooner tunes, the radio friendly and hit Hello I Love You followed by Love Street, a beautiful ballad foregrounding Morrison’s mature and polished vocals. These two tracks reflect the pop sensibilities of the band, perhaps commercially skewed, but I think more genuinely a reflection of the band’s love of melody and varied songcraft.

Third track Not To Touch The Earth is The Doors at their rock and poetic best. A shortened version of The Celebration Of The Lizard, this track grabbed a different attention from this listener and prompted its more specific influence on my emerging love of poetry. I didn’t then and do not now understand the lyrics, but they had their mysterious impact:

Dead president’s corpse in the driver’s car
The engine runs on glue and tar
C’mon along, we’re not going very far
To the east to meet the Czar.

And I went along. Reading Ginsberg too and other American poets of the time [the Evergreen Original The New American Poetry, ed. Donald M. Allen] I wrote my own surreal but naive verse, clouded in its own obtuse and colourful imagery but, unfortunately, not having the inkling, let alone depth of real experience these adults and intellectuals and performers had actually lived.

My GCE English teacher at the time was a nasty person: a bully and a patronising older man who constantly ridiculed and challenged my and a few others’ incipient political and cultural awakenings. I do recall, however, taking my gatefold album into class and his agreeing to play Not To Touch The Earth and then give an interpretation of the full poem The Celebration Of The Lizard printed on the inside. I can’t remember what he said, but it was, surprisingly, calm and genuinely exploratory. Perhaps Morrison had if but for a fleeting moment blown away his prejudices and myopia. It didn’t last.

Summer’s Almost Gone is the fourth track on Side One and another gentle ballad. This side ends though with the powerful anti-war song The Unknown Soldier which at the time was particularly evocative, especially the military snare drum roll and shooting that peak in the story’s melodrama.

Side Two begins with the flamenco guitar-driven Spanish Caravan that is musically distinct because of its virtuoso opening as well as lyrically romantic and exotic. The chanted song My Wild Love continues this sense of mystique and magic with Morrison’s vocals powerfully inflected at the ending of words. The next two tracks, We Could Be So Good Together and Yes, The River Flows are classic pop gems at about 2.30 minutes each – the first a punchy number and the second another sweet, sweet ballad with its seductive mystic heated wine – then this side and the whole album ends on the pummelling Five To One where the lyrics again beguile:

Others had crafted lyrics to act as a code for real or imagined experiences, often drug oriented or simply to suggest and tease about hallucinogenics, or purely as a code to prompt endless and fruitless decoding. The Doors and obviously Jim Morrison were the band to put language out there as an uncompromising key element. As I said, I can’t remember what my English teacher made of the language, but it was surreal in its own way to hear him reading the following to a group of 15 year olds, most of whom couldn’t give a toss, apart from myself and a few others:

I am the Lizard King
I can do anything
I can make the earth stop in its tracks
I made the blue cars go away
For seven years I dwelt
In the loose palace of exile,
Playing strange games
With the girls of the island.
Now I have come again
To the land of the fair, & the strong, & the wise.
Brothers & sisters of the pale forest
O children of the Night
Who among you will run with the hunt?
Now Night arrives with her purple legion.
Retire now to your tents & to your dreams.
Tomorrow we enter the town of my birth.
I want to be ready.

My last new writing idea for NPD, unashamedly self-indulgent, and as a writer, what other subject could provide similar detailed knowing? Pictures capture the exterior; writing the inner truths, as serious, or not, as you will…

This could be suggested for students, a few days ahead of the day to collect photos and ideas, but perhaps any writers could have a go at this one.

I will post one final reminder of my NPD resources tomorrow, just in case. 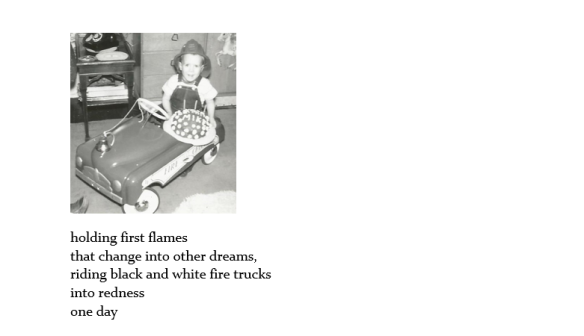 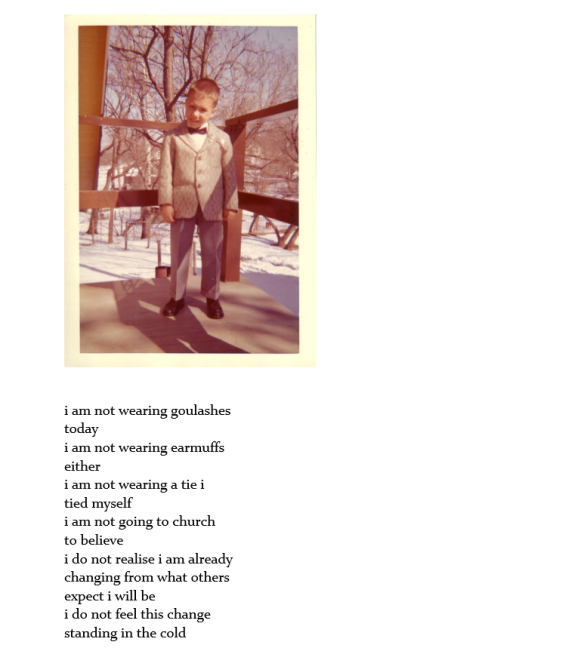 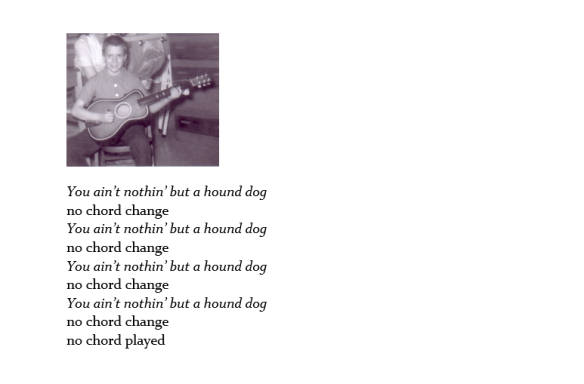 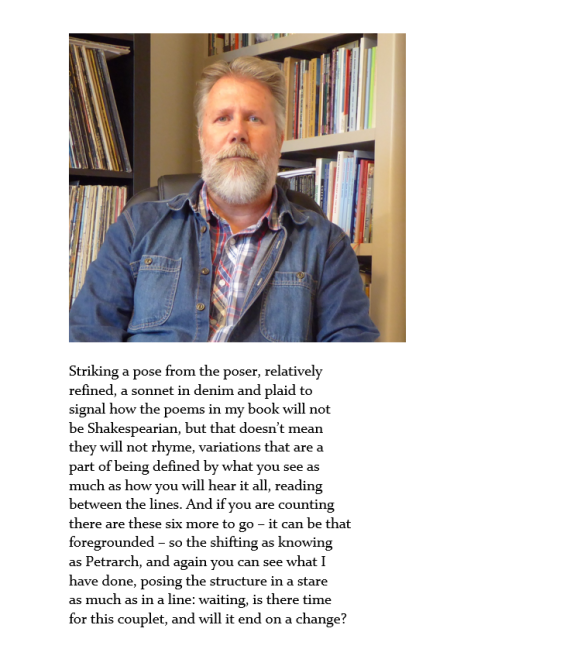 Delighted to have three of my found prose poems published here at Adjacent Pineapple this morning.  Wonderful company to read and enjoy. Thank you Colin. 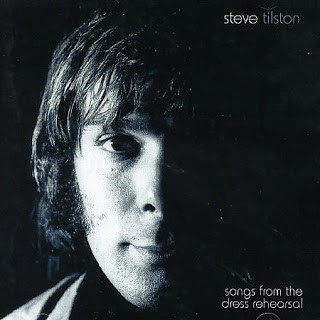 As with my Chris Smither selection, I had a dilemma in which album to choose for Tilston – either his debut An Acoustic Confusion [1971] or the one I have obviously selected, his third from 1977. There was no two-fer to get me out of another jam, and I didn’t think that cheating two days in a row was on anyway. Save it for another time.

Tilston is yet again an artist I have only discovered in recent years, maybe in the last 5-7 – I can’t remember. And on the one hand I would love to have grown up with his folk excellence which I’d have played constantly in the early 70s, but on the other, there is the phenomenal surprise about music that it can be discovered many years after its initial production and have its amazing impact and influence at that time too.

Making a comparison with John Martyn, as with Smither, might seem to detract from Tilston’s individuality, but it is meant both as compliment but also to place the music in its time: and Tilston is even more Martynesque. An Acoustic Confusion perhaps the most, but that album  and Songs From A Dress Rehearsal have clear similarities to early Martyn, for example The Tumbler as well as The Road to Ruin and Stormbringer. There is the guitar work where Tilston is brilliant, especially in his finger picking, but there is also occasional slapping that echos Martyn. The songwriting and singing is equally reminiscent: brisk and fresh folk and so English.

Opener Do What You Please [Hey Girl] certainly reflects a maturing of songwriting compared with Tilston’s debut, with more varied and complex structures and patterns, though it is never complicated. The hooks are more evident. Second track Face of a Friend showcases this again and with Tilston’s sweet vocal. Third She’s The Woman foregrounds the vocal even more and there is distinctive strength here. Fourth The Greening Wood is a good example of the Martyn echo: virtuoso guitar, with slapping, and another fine song. Fifth track Impressions is simply beautiful, and as I write I know I cannot do justice to each song with description, certainly not all 17 tracks, so I hope I have conveyed a gist of the outstanding quality and permanence of Steve Tilston’s material. I will mention tenth track Rain All Around that has the guitar and melody of the work both Jansch and Renbourne were producing throughout the 70s, and Tilston played with Renbourne in his band Ship of Fools.

There is a great John Lennon story concerning Tilston. In 1971, as an emerging singer/songwriter, Steve was interviewed and asked to speculate on how any potential fame and fortune would affect his songwriting in the future.  Steve, apparently, replied that it was bound to compromise things. John Lennon, on reading this, wrote to Tilston disagreeing, stating Being rich doesn’t change your experience in the way you think. The only difference, basically, is that you don’t have to worry about money – food, roof etc. But all other experiences – emotions, relationships – are the same as anybody’s. [NB since writing, this is now the basis of the 2015 Al Pacino film Danny Collins].

Honest and amazing advice from someone so famous. The trouble is, Steve Tilston never received the letter – not until 2005, 34 years later, when a collector who had purchased it contacted Tilston to verify its authenticity. He couldn’t from actual experience, but it was proved to be a genuine letter. I think that’s a great story, though sad the letter was never received as intended. It finished with 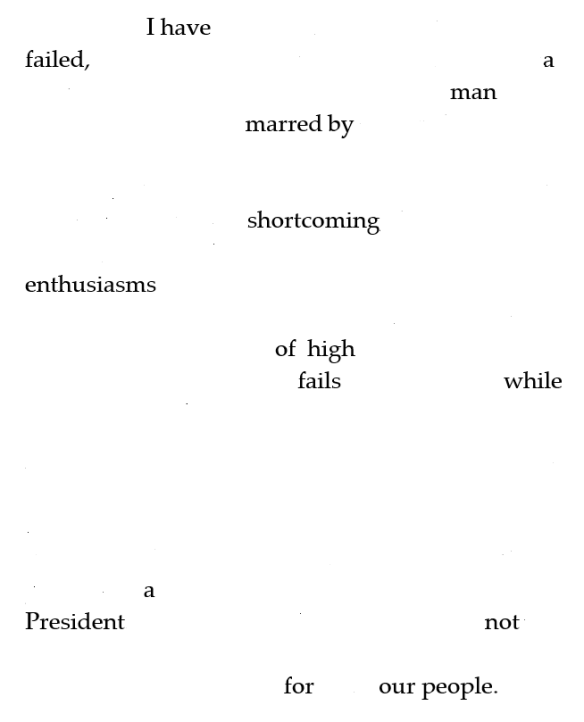 The erasure above is from Richard Nixon’s resignation speech of 8th August, 1974 – his arrogant misappropriation from the words of Theodore Roosevelt. I watched it live on TV in Kesgrave, Suffolk.