Yesterday I posted the concrete poem Rules of Grammar – Always and Forever and this arose out of a long sequence I am currently writing of prose poems found in random themes/ideas and then crafted from further findings. I am playful, search for occasional lyricism and am beginning to run recurring threads through some.

The concrete poem was written as I considered using always and forever as grammatically ‘interesting’ in the following poem There is Always Grammar, but in the end didn’t: 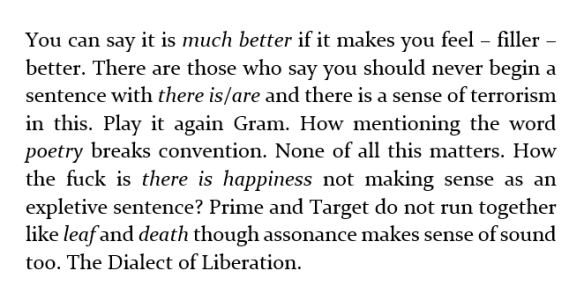 In honour of the 200th anniversary of Emily Bronte’s birth, here is a posting from my found poem sequence Novel Finds taken from Wuthering Heights:

We touched on topics
of the laconic kind –

and notwithstanding the discourse
would be a subject of interest to me,

his style of humour
was offending

since the consideration of this folly
was repetition.

the terrible intimation
of the impassable
physiognomy,

and oh,
this dearth
out of doors,

a charming introduction
to a
human life! 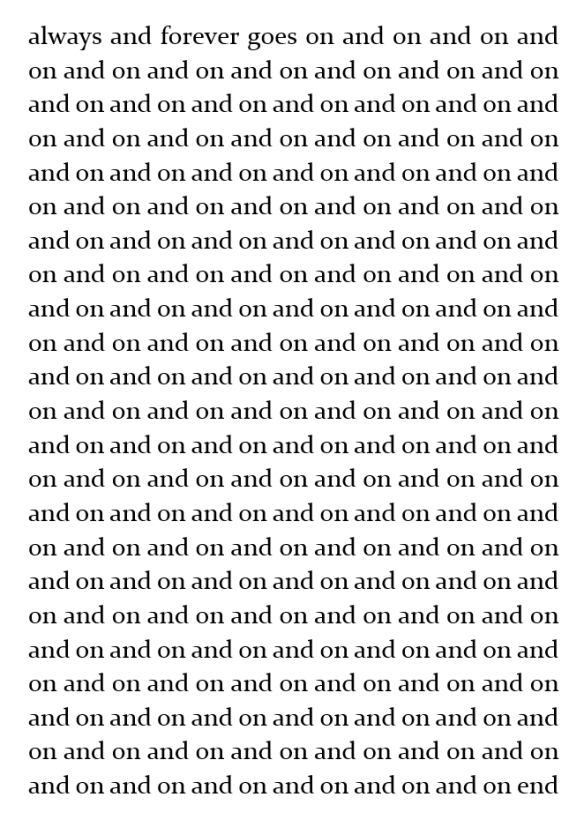 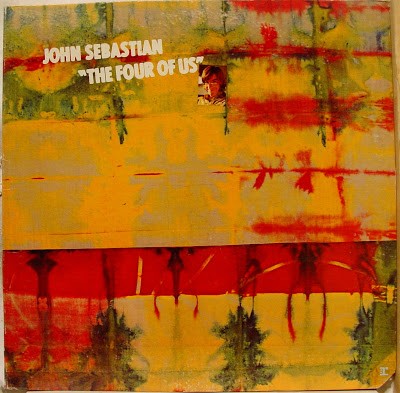 The sunshine melodic folkpop of The Lovin’ Spoonful always appealed to me, and in particular the beautiful singing of John Sebastian. Songs like Do You Believe In Magic, You Didn’t Have To Be So Nice, Daydream, Did You Ever Have To Make Up Your Mind, Summer In The City, Darling Be Home Soon, You’re A Big Boy Now, She’s Is Still A Mystery and Younger Generation are all classics of what the band termed ‘good-time music’.

My affinity for Sebastian was not thwarted by the tie-dye naivety of his 1969 Woodstock incarnation because I too believed in its multi-coloured imaginings of a better tomorrow, with John singing I dreamed we all were alright in his stoned and spontaneous performance, and invoking the communal spirit of peace and love in his philosophical as well as good housekeeping advice:  Just love everybody all around ya and clean up a little garbage on your way out and everything’s gonna be alright. 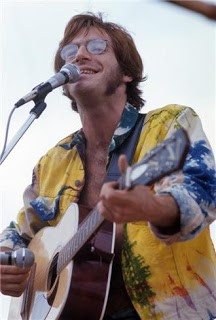 The embodiment of this hippie nirvana was presented in Sebastian’s wonderful 1971 album The Four of Us and its title track suite that narrates fifteen minutes of quintessentially 60s/70s romantic love and hope. Side one rocks and rolls with Well Well Well, Black Snake Blues and Black Satin Kid, but it is the gorgeous folk of The Four Of Us on side two that caresses with its narrative of a hippie quest, a journey of self-discovery for John, then wife Catherine, and another couple Bart and Carolina Carpinelli. 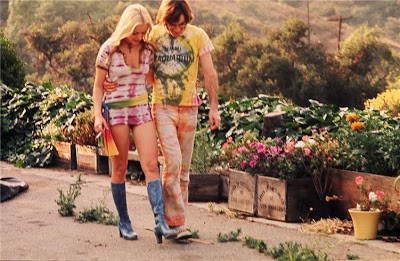 and thus begins the four-part central song cycle, interspersed with three various musical tangents: the Caribbean tones of Domenica with the Esso Trinidad Steel band, the Dr John assisted rock of Lashes LaRue, and the further sweet folk of Red Wing Colorado. Sebastian’s vocal is gorgeous in its earnest gentleness, and the central melody is one of his finest. I know it is twee and sentimental and, as I have already stated, naive. This is perhaps wholly embraced in the bland exclamation of Gee in the closing lines [!] but this is also the enduring charm of its wishful sincerity at a time when we all had the belief in such simple expectations and aspirations,

So here’s a little travelling song
Of talk that comes from dusk till dawn
So go and see and pass it on
Lest you miss it, lest it’s gone
Every lover keep your driver
On the road and laughing

A long line of dark cloud dragged across
East Hill, thick above its full horizon,
pushed on from a spoiling Sidmouth Bay
to obliterate our blood moon’s rising and
sun-red show, clear and whole the night
before, this time its faintest hint in a blink
of an eye and most likely just imagining. 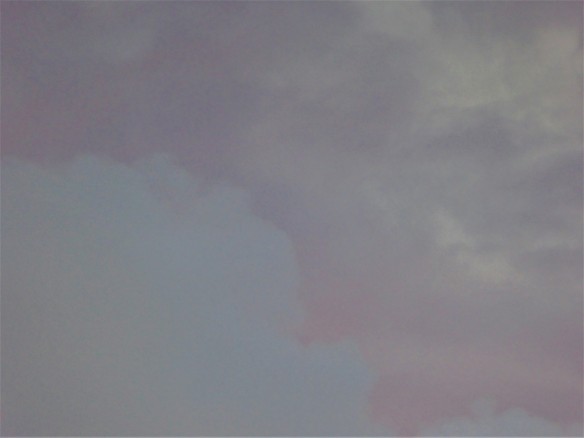 Directly overhead, plane lights blinked too
but bright, and there were stars everywhere;
tufts of almost black cloud could be seen
drifting across the evening’s otherwise all
still blue. There is so much that gets taken
away, and what’s left behind is yet another
long line of rolling and setting grey.

Most pleased to have my prose poem If Anywhere posted here at Stride today. 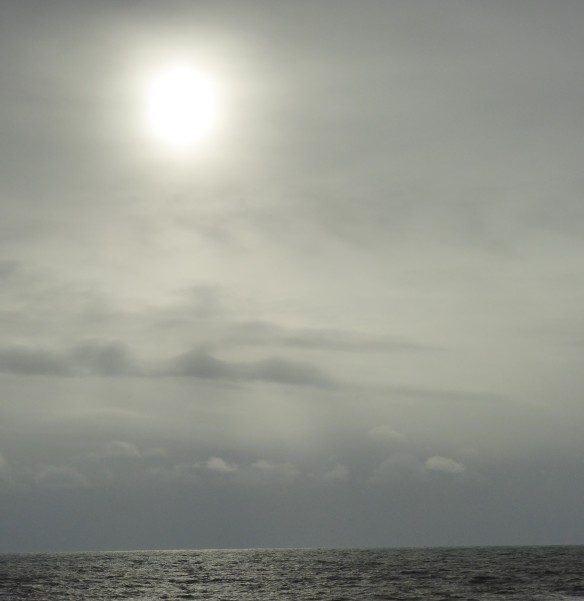 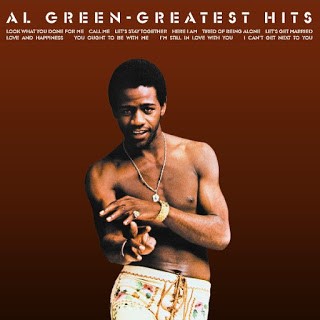 Released in 1975, this is the album that consolidated my appreciation of the brilliance of Al Green. I will have been aware of his genius during the early 70s with his string of hits, but this record collected the majority of those songs by which his distinctive silky soul funk has been defined.

As well as loving my poles of pretty folk/Americana and heavy rock, I have always also loved soul music [which is hardly an astonishing range]. I’ve written elsewhere that the first albums I bought were in fact Wilson Pickett, The Four Tops and an Atlantic soul selection, albums I threw/gave away after buying and feeling I had to adhere wholly, and ridiculously, to Hendrix and similar psychedelic, underground music – and those soul albums have subsequently been replaced. But I bought and kept the Green after that late 60s, teenage nonsense.

Whilst I haven’t seen Al Green live, nor a great range of soul artists, I feel privileged that I did get to see The Stylistics, The Detroit Spinners, Sister Sledge and  Jimmy Ruffin, as well as Hot Chocolate [different soul skew, I know] a little later, and then the great The Isley Brothers, but much later in their career.

This preamble is probably somewhat of a filler as it is hard to describe at any illuminating length Al Green’s soul sound: it is so distinct and famous that the attempt does seem more superfluous than usual when writing about a genuinely great talent [Rolling Stone place him at 66 in their list 100 Greatest Artists Of All Time, but I’m sure I’d have him higher]. The relevance of the history of my love of soul is in how Green epitomised its spirit in those measured but funky grooves, the lyrics about enduring love, and the stunning expressive sweetness of his vocal.

It is that voice of course – quite restrained in terms of volume, but gliding around and around at his falsetto with such soulful feeling – yet those arrangements too: the funky female chorus interjections, stabs of horns, the rolling organ grooves. Movement encapsulated in music. Obviously it’s sexual.

The opening track Tired of Being Alone introduced those distinctive horn hits. Green groans and squeals as if he is right there in that moment, stuttering as he conveys his urge and need and the seduction of it all. Third I’m Still in Love With You lets the horns introduce again, then he almost whispers the premise of his singing – female vocal support echoing bits of the message – and there he goes again, emoting with such genuine yearning and persuasion, all wrapped up in the love.

Then there’s fifth How Can You Mend a Broken Heart. So slow, so pained, so glorious. The organ pumps brooding empathy in the background, strings layering their own pain, then menace [even a quick mimetic ‘breeze’]. And throughout, Green’s voice is all questioning and despair for mending, the repetition rising in an agonising rhetorical climb. Sixth Let’s Stay Together – here we go: horn jabs, organ wisps and rolls, a funkier rhythm, chorus supporting with together, good or bad, happy or sad, such reasoning in his declaration of that enduring love already mentioned as a key theme. 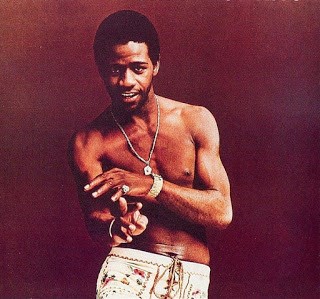 The coolest picture there is of Green, so here it is again

I’ve purposefully focused on those slow, sensitive numbers. There are upbeat tracks, like the wonderful Here I Am [Come and Take Me] where the horns are more active and strutting throughout, the rhythm chugging within the familiar organ’s increased huff and puff, so an honourable mention here as well to Green’s musical collaborator/engineer/arranger Willie Mitchell.

All of this nostalgic revisiting of Green’s music during the soul 70s, and listening as I write this, reminds me of how much I lived it then. As a longhair who headbanged to so much heavy rock of the time I also had my soul/disco alter-ego where I’d don a three-piece suit or velvet jacket and go to the local nightclub to dance so-smooth all night to those cool grooves. I’m sure it was smooth – even if in this picture I look rather foppish. I’m certain it is just an aberrant stance. And I don’t think those background flowers help….. 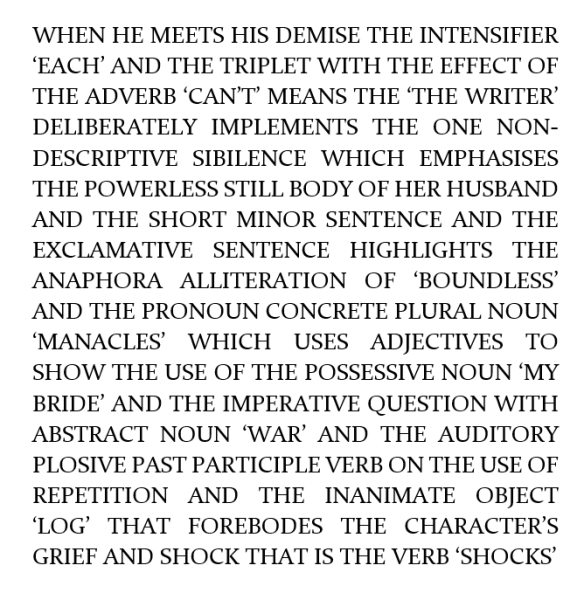 Very pleased to have a poem with a visual element at Stride here today.