In a moment of rare tweeted self-awareness:

Cavorting in the mirror
Of gargantuan
Vanity, I barge through life,
Forging ahead in the
Emptiness of thought and
Feelings, the most
Egregious [that’s Bad] President, Ever

It has been a bad and good day for Jeremy Corbyn.

On the day David Dimbleby – an establishment figure – stated that Corbyn had been poorly served by the UK media, essentially a right-wing media, Jeremy had to endure this again with the BBC in both their lunchtime and early evening slots. His forgetting the figures for a commitment, if elected to government, to funding universal childcare in his Woman’s Hour interview grabbed all the negative headlines. Sure, he should have known them for the performance element of politicking, and in light of Diane Abbot’s appalling forgetfulness, but in reality it doesn’t matter. He was trying to get them from his tablet; trying to get the exact figures. Perhaps he actually did, but I don’t know and it doesn’t matter. What is worse: forgetting, or telling a lie? Which political party currently campaigning has a tight honest grip on reality and truth?

I think Labour does, in fact. Honest fallibility. Honest intention. Honest caring. That’s a magic three, by the way. I’ll take all of them for their humanity.

And that’s what came across on Corbyn’s ‘interview’ tonight for the One Show. The tweets [and I mean positive ones] are already referring to what a genuine nice person he is, and I’ll go for that too. But the Tories and other miserable strategists will ask: do we want a ‘nice’ person to lead the country, or do we want a ‘strong’ person to lead the country? Before I answer, note how the balancing act of the word ‘stable’ has disappeared from the former mantra. Another U-turn. Another quick strategic shift for politicking.

The answer is, of course, I reject the ‘nice’ tag because the important quality Corbyn demonstrated was his humanity. He is a genuine, humane person. Yes, yes, yes [not so magical, but honest], I’ll take that.

I have been totally reassured in my decision some time ago to join the Labour Party because of the honest integrity demonstrated by Corbyn. I have had my doubts about his ability to lead the Labour Party and the country – both pragmatic and political – and some of those doubts continue for many reasons, but I have no doubt at all that he deserves a chance in the same way that this country deserves a chance at a different kind of political leadership. I obviously agree entirely with his Labour ethos – the undeniable Socialism – but we also deserve that humane and honest and hotdiggitydog trio of attributes.

I put that last bit in because I am actually quite upbeat at the moment about Corbyn’s chances and also because he has shown his own sense of humour.

I notice by reading around this morning that I am not the first in claiming this, but Jeremy Paxman’s TV questioning of Jeremy Corbyn and Theresa May on last night’s Channel 4 general election programme had him performing a pathetic parody of himself. It wasn’t so much bulldog as bullshit in haranguing on the most irrelevant of points, most notably with Jeremy Corbyn about the fact his distaste for the monarchy wasn’t mentioned in the Labour Party manifesto, the fact it wasn’t mentioned in the Labour Party manifesto the most glaring evidence that it was a miserable moot point.

I genuinely thought his tiny-dog syndrome of snapping at both their heels was a complete waste of time: far better to let them make their own mistakes rather than relentlessly interrupt and make gormless incredulous faces at their inability to respond to a barrage of relentless interruptions.

Calling the Prime Minister a ‘blowhard’ did make me smile, but really only because I think she is a totally disingenuous but dangerous potential ‘new’ Prime Minister, and for the blunt irreverence of the tag. Otherwise, I feel cheated of what should have been an intelligent interrogating of both candidates from the supreme quizmaster, though of course on this performance he has become the supreme grizzledmaster, someone who has morphed into his own bloated blowharding.

Everywhere is the same: there is
no music in the evenings, no art
on the walls. The radio is silent
and we do not know what to do
with our time. We have forgotten
how to celebrate the way the sky
glows with fire or the moonshine
on the sea, its shimmering haze
and hypnotic song. Forgotten how
words slot together between each
and every moment of our days,
and how the colours abstract
as light fades and disappears.

Students of the future take note:
it will be dark and arid. Climb
out of the car, turn the engine off
and listen to the voices of the birds,
the singing fish, your footprints
on the ground, all the noises of
the evening, til the night is done.
Find a vision of yourself and try
to put it into language. Hum
a little and pay attention to
the echo. Find a way to worship
and write a liturgy to share.

We are listening in the silence. 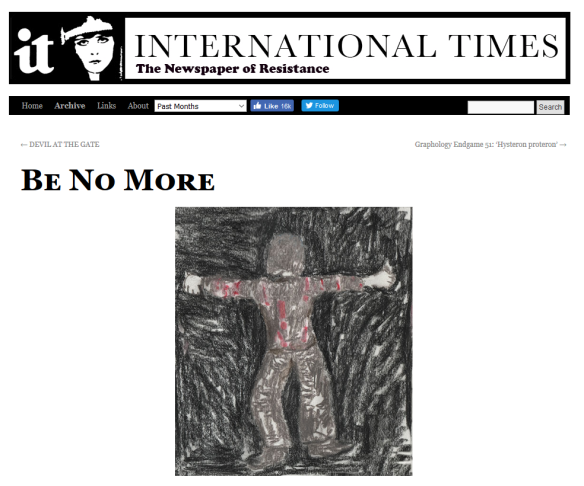 It is occupying the time of early evening
in a warm May back garden
as if a lone child at its own party,
making a racket singing and springing from the
Himalayan birch to the other tree –
the cheap one –
a wren I rarely see in the day but now making
branches jerk surprisingly for such a tiny thing
by pushing off in its manic lively flights.

Above and beyond in the screen of conifers
pigeons are fighting,
the flap of wings
like a monster’s applause,
then a single white feather drifts out and
down from the wall of green and
rests on the roof of the shed beneath
in its horrific fall.

Schools Week has reported here that DfE figures [not that I could find them on the Gov UK site] predict creative subjects at GCSE are and will continue to decline as Ebaac subjects continue to grow, these latter becoming mandatory and therefore part of a school’s central measurement for success.

So, for example, teacher training courses for Geographers have increased whilst those for creative subjects have fallen. Students of the future will know where the Cairngorms are but not understand Coleridge’s artistic maxim on ‘suspension of disbelief’, or how to write a story. A horror story.

And if only we could apply Coleridge’s adage to this reality, though of course it is better to see it for what it is.

Look, life is like this, filled
with moments of meaning
paid attention to or not
but we tried we lingered

we drove toward in silence 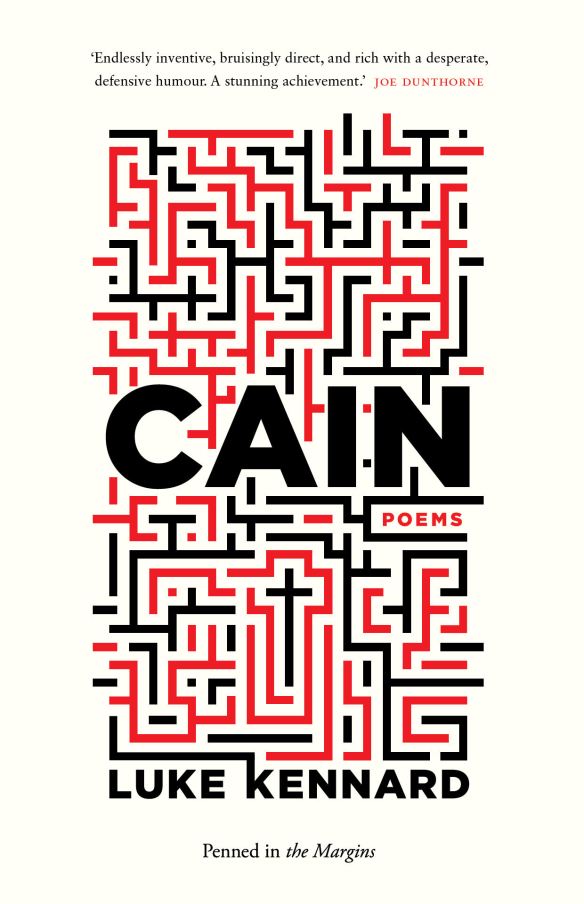 Luke Kennard’s Cain is, as so many others have already observed, an innovative, playful and resource-rich poetic experiment in defining the here and now of alternatives – the alternative narrative of the troubled mind of Cain-as-Everyperson who seeks redress and redemption in drawing our attention to a world elusively encapsulated in the form of a bucket and a Chupa Chupa lolly.

As ‘Cain’s Prologue’ lets us know in ‘Book I Gravel Pit’, all interpretations are up for grabs – that is if you can hold on to the coming roller-coaster ride of confessions to a Community Psychiatric Nurse: a helping, caring hand for us all. That is before the further imminent cuts come to get rid of all the support staff.

I was captured from the start, mesmerised by the brightly named colours of 10 of your nail varnishes, and await, having attended these therapy sessions, with a newly acquired optimism to see Cain stocked in Argos. My total immersion came with reading the school-based poems ‘Self-Portrait at Primary School’ and ‘On Being Very Annoying’ where the teacher in me heard the extra click as we all will hear from the multiplicity of vantage points [and anchors] provided throughout this eclectic text.

As the poems continually demonstrate, the enforced distraction from our collective grasp of the world within which we live is endemic and attributed to many things – from a zombified obsession with zombies to watching TV’s reality whilst zombified by, at the same time, watching our mobile phones. It is a virus, and we have all been hacked.

The centrepiece ‘Book II The Anagrams’ is both presentation and poetry/poetry and presentation and is a glorious wishbone of readings waiting to be pulled. Arsehole Theory, here we come tugging. I discovered my blood type is Ahhhhhhhhh!

‘Book III Death Shroud’ further explores the random joy of poetic discourse on this ever-elusive reality, a world as shredded as grated cheese and other food analogies,

You don’t need to explain
a game called Juxtapotatoes.
Just put a potato next to something.
We’ll figure out the rest.

Pleased again to have a poem here, and appreciate poetry sites like this who support work, especially when it provides a writer the opportunity to share a range of material. Your One Phone Call is tagged as Poetry with a knife edge and I am delighted to slice and dice it up with others, and encourage a wider reading of its cutting contents.